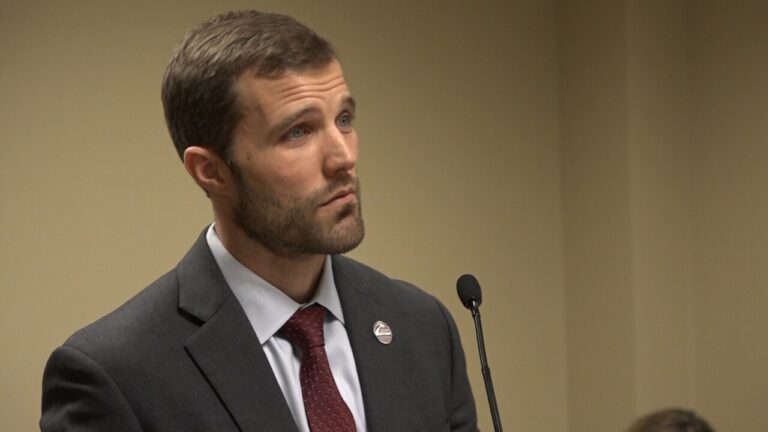 Last week, after faculty leaders at the University of Montana found discrepancies in the curriculum vitae of new UM President Seth Bodnar, Clayton Christian wrote it off as a difference in customs between academia and the business world. Despite this sliver of evidence to the contrary, our commissioner of higher education continues to believe that business is the career that qualifies you to do everyone else’s job.

Bodnar’s resumé, which described his teaching experience at West Point, listed him as an assistant professor of economics at the military academy from 2009 to 2011. In fact he was not promoted to assistant professor until his last year; from 2009 until January 2011, he was an instructor—a lower position in the university system. Similarly, the CV Bodnar submitted to the search committee last year described him as “president” and “chief digital officer” of certain divisions at GE from July 2015 to August 2017, when in fact he did not attain those titles until 2016, the same year those divisions were created.

These discrepancies are not egregious. It’s not as though Bodnar claimed to work somewhere he didn’t, or listed on his CV positions that he never held. His resumé did make it look like he started in the jobs to which he was eventually promoted, though, and in the case of his teaching career at West Point, it claimed he was an assistant professor for about three times as long as he actually was. But both Bodnar and Commissioner Christian insist it’s all a matter of differing conventions in the academic and business worlds.

“I recognize that in building my resumé in a business-sector style to be as succinct as possible, I did not utilize certain conventions that are typically used in an academically-oriented CV,” Bodnar wrote in an email to UM faculty leaders. Christian echoed this explanation in his own email to the Indy’s Derek Brouwer, writing that “there were no discrepancies as you stated, [sic] his resume was written in a style different than the typical academic CV.”

“Why business experience better qualifies a person to oversee education than education experience is one of those enduring mysteries, but it’s true. Ask any businessperson.”

That comma in Christian’s statement should actually be a semicolon; a comma needs conjunction to join two independent clauses. Also, the proper usage is “different from,” not “different than.” Christian can be forgiven for not remembering these rules of written English, though, because he’s from the business world. Our commissioner of higher education owns a title company and made his name in real estate, not academia, after taking 10 years to earn his bachelor’s degree in business from UM. Previously, the job of commissioner had required a doctorate, but the board of regents removed that requirement in 2011— shortly before they canceled a national search and hired Christian, who was at that time a regent himself.

The people of Montana wanted a commissioner who knew what it was like to do business in the state, the regents said. Why business experience better qualifies a person to oversee education than education experience is one of those enduring mysteries, but it’s true. Ask any businessperson.

Christian and the regents asked a lot of businesspeople before they hired Bodnar, who is the first UM president without a doctorate since Robert Pantzer got the job in 1966. Bodnar has never taught at a public university. He hasn’t even attended one; he earned his undergraduate degree at West Point and his two master’s degrees at Oxford.

Those are excellent schools, but they are run by the U.S. military and a conclave of wizards, respectively. It’s hard to think of two institutions that could differ more from a public research university like the University of Montana, but Christian and the regents presented Bodnar’s lack of experience as a strength rather than a weakness. He was supposed to bring a fresh perspective to UM at a moment when it was struggling. This resumé kerfuffle reminds us that sometimes, never doing a thing results in not knowing how to do it.

Bodnar’s resumé is not a big deal. An example of a big deal would be hiring a UM president with no doctorate and less teaching experience than many grad students. When Christian and the regents did that, they spun it by claiming that Bodnar’s military and business experience would make him better than conventional candidates. Maybe that’s true. Maybe all our struggling state university needs is a fresh perspective.

Maybe, though, a person who has never done anything like this before is likely to make the kind of mistakes that people with experience do not. Let’s hope this resumé mistake is the last time Bodnar’s fresh perspective translates to not knowing what everyone else in academia already does.