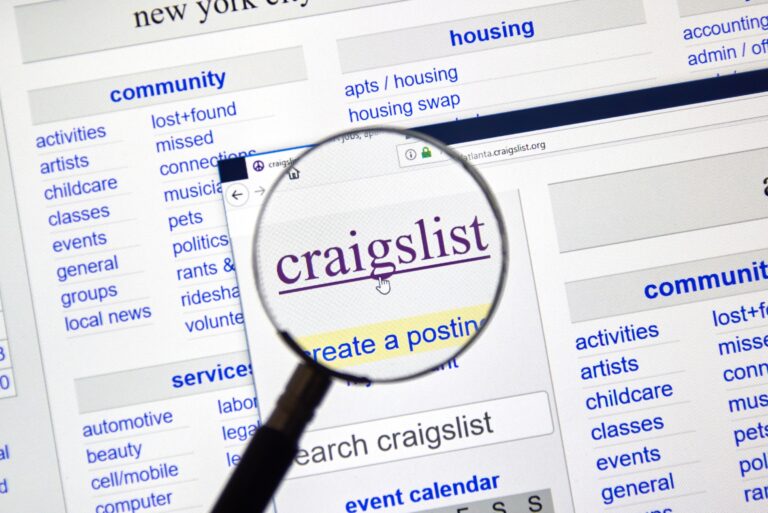 March 22 marked the end of the Craigslist personals era for Missoula and every other city in the country. That’s the day that users clicking on any personals subsections — including “strictly platonic” — were presented with this statement: “US Congress just passed HR 1865, ‘FOSTA’, seeking to subject websites to criminal and civil liability when third parties (users) misuse online personals unlawfully. Any tool or service can be misused. We can’t take such risk without jeopardizing all our other services, so we are regretfully taking craigslist personals offline.”

The back pages of Indy 15 years ago were full of personal ads. Fewer in number but still consistent were the small display ads for escort services. They all eventually moved onto Craigslist, which dealt a body blow to print media with its nationwide free classifieds. In 2010, Craigslist closed its Adult Services section under pressure from law enforcement, at which point a majority of escort ads moved to Backpage.com, a classifieds site owned by an alt-weekly conglomerate.

Most of the small number of commercial sex ads placed in the Missoula area are on Backpage, not Craigslist, these days, and Backpage has not yet changed its practices. In an effort to spread information about FOSTA, also known as the “fight online sex trafficking act,” one poster to missoula.backpage.com put up a series of screenshots, drawn from the social media accounts of a former sex worker and attorney based far from Montana, explaining the law.

“I wondered why I was suddenly getting emails from men in Missoula,” wrote the attorney, who goes by Ms. A, when contacted by the Indy. She said the explanatory posts were intended to reassure and educate sex workers facing the loss of advertising venues, especially those who don’t understand the law or their rights under it.

“Because of that, they’re more easily manipulated and intimidated by law enforcement and other forces,” she wrote. “This puts them at more danger not just for prosecution, but violence from the state or by customers and predators.”

On an average day, the number of Craigslist personal posts seeking free companionship greatly outnumbered those on Backpage selling services. Craigslist’s sudden deletion of the entire section alarmed Josh, the name used by a poster reached by the Indy. Josh said he remembers a time when seeking same-sex partners could be life-threatening. It remains scary in less progressive parts of the country, where Craigslist could serve as a safe place. “I know there are other men like me out there who grew up in a time and place where ‘exploring your bi side’ was not an option,” Josh said. “Remember what happened to Matthew Shepard?”

Josh also questioned the constitutionality of FOSTA. “The ‘sex trafficking’ legislation is a sad and dangerous joke. Since when are good intentions allowed to trample the First Amendment?” he wrote. “Holding the provider of a social media platform legally liable for the content of that platform is a de facto form of censorship.”

Camden, 28, who gave the Indy his first name only, used the Craigslist personals to find dates and friends for 10 years. When he saw they’d been taken down, he posted on Craigslist about the loss. “I’ve made sooo many wholesome friends off Craigslist personals. … It’s sad that they’re gone.”

“I’ve used all the sections on there, to buy, sell and trade things, to meet up with people for activities, just for good wholesome stuff. And it sucks that the personals section is gone now,” Camden told the Indy.

While he said most of his experiences had been positive, Camden thought the site had some dark corners, too. “I get why it’s gone,” he said. “Craigslist can be held responsible or something now for bad stuff that happens in there.”

Alice, a 29-year-old woman using a pseudonym, posted in the general community section of Craigslist, “What can the normal, professional, kinky Missoulians do now to find each other with casual encounters…down.” Reached by email, she told the Indy that she’d had overwhelmingly positive experiences with Craigslist. “I would post to the casual encounters section, mostly for a no-strings-attached relationship, but twice have developed into serious relationships.”

She added that Craiglist personals had been a safe place for her to find partners because she could check out their phone numbers online and request public introductory meetings. “Only once did I get a bad vibe from someone after not picking up on it through email,” she wrote. “I can’t go to Fantasy on Brooks, I can’t go to strip clubs. I work a management job, I see lots of faces across the community and I can’t express what I’m looking for anywhere else. I don’t even know where to turn to find a replacement.”